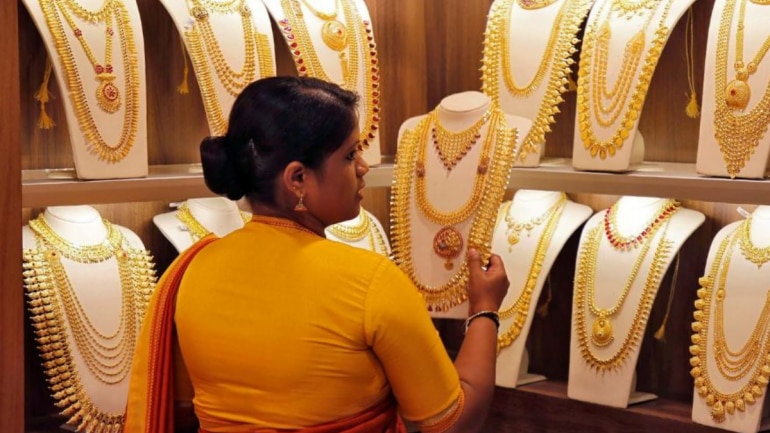 A saleswoman picks gold necklaces to show it to a customer inside a jewellery showroom on the occasion of Akshaya Tritiya, a gold buying festival, in Kochi, May 7, 2019. (Photo: Reuters)

India’s gold imports in July plunged 55% from a year ago to the lowest level in three years as a rally in local prices to a record high and a hike in import taxes curtailed demand, a government source said on Monday.

Lower purchases by the world’s second-biggest consumer could cap gains in global prices that jumped to the highest level in over 6-years on Monday, but help the south Asian country in bringing down the trade deficit and supporting rupee.

India imported 39.66 tonnes of gold in July, down from 88.16 tonnes a year ago, the source said, who was not allowed to speak to the media. In value terms, the country’s imports in the month fell 42 per cent to $1.71 billion, he said.

Local gold prices jumped to record high last month tracking gains in overseas market and as New Delhi raised import taxes on the precious metal to 12.5 per cent from 10 per cent earlier.

“Even in August, imports would be much lower than last year. Demand is not improving,” he said.

“As retail demand has dried up, jewellers are placing import orders with banks,” said a Mumbai-based dealer with a bullion importing bank.

On Monday, dealers were offering a discount of up to $36 an ounce over official domestic prices, the highest since August 2016. The domestic price includes a 12.5 per cent import tax and 3 per cent sales tax.