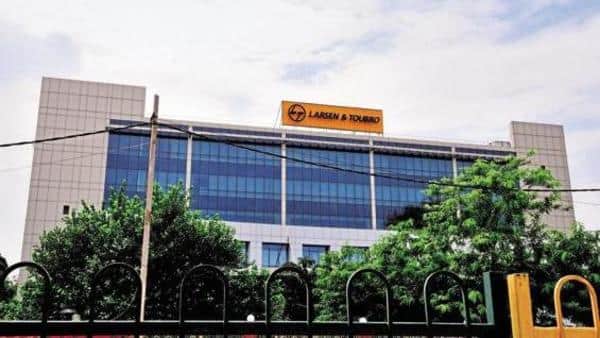 New Delhi: Infrastructure major Larsen and Toubro (L&T) has raised its stake in IT firm Mindtree by about 2 per cent between May 20-24 by picking up shares worth over ₹316 crore, according to regulatory data.

The development assumes significance as L&T has already acquired around 20 per cent stake in the mid-sized IT firm from V G Siddhartha and Cafe Coffee Day and is keen to increase its shareholding up to 66 per cent.

According to BSE data, L&T acquired shares from the open market throughout the week with the highest quantum of shares being purchased on May 24 when it picked up nearly 25 lakh shares of Mindtree at ₹980 a piece.

A back-of-the-envelope calculation shows that the company spent over ₹316 crore during the week for these transactions which took its overall shareholding to 28.45 per cent from 26.48 per cent at the start of the week.

In multiple tranches, L&T mopped up about 32.25 lakh sharesduring the said week. Shares of Mindtree ended flat at ₹980 apiece on the BSE on Friday.

In March, L&T mounted a hostile takeover bid on Mindtree when it entered into a deal to buy Cafe Coffee Day owner V G Siddhartha’s 20.32 per cent stake in Mindtree and also placed an order with brokers to pick up another 15 per cent of the company shares from the open market.

Subsequent to these deals, L&T was to also make an open offer to buy additional stake. In all, the infrastructure major is eyeing up to 66 per cent stake in Mindtree for around ₹10,800 crore.

L&T’s open offer – which was earlier slated to begin on May 14 – has been postponed as the engineering major is awaiting a nod from the Securities and Exchange Board of India.

In a recent interview to PTI, L&T Group Chairman A M Naik had said the acquisition of Mindtree is the topmost agenda for the company at the moment.

“Right now, our mind is completely occupied on Mindtree and I hope, we will be able to eventually make this into a big company as well…We have got around 26 per cent stake in Mindtree and now, we will wait till we get 51 per cent,” he had said adding that the offer would be launched in a fortnight’s time.