The announcement that the president will name Stephen Moore to the Federal Reserve Board has drawn the condescension of that sturdy breed, the mainstream economist. Textbook magnate Greg Mankiw, for example. Mankiw urged the Senate not to confirm Moore, much on the basis Moore’s approvingly quoting President Trump that after the tax cut of late 2017, we could see growth rates at “three, or four, five, or even six percent.” Mankiw wrote, disapprovingly, that Moore (and his Trumponomics co-author Arthur B. Laffer) “seem to believe that growth will follow ineluctably from the lower taxes and deregulation that lie at the heart of the Trump agenda.” 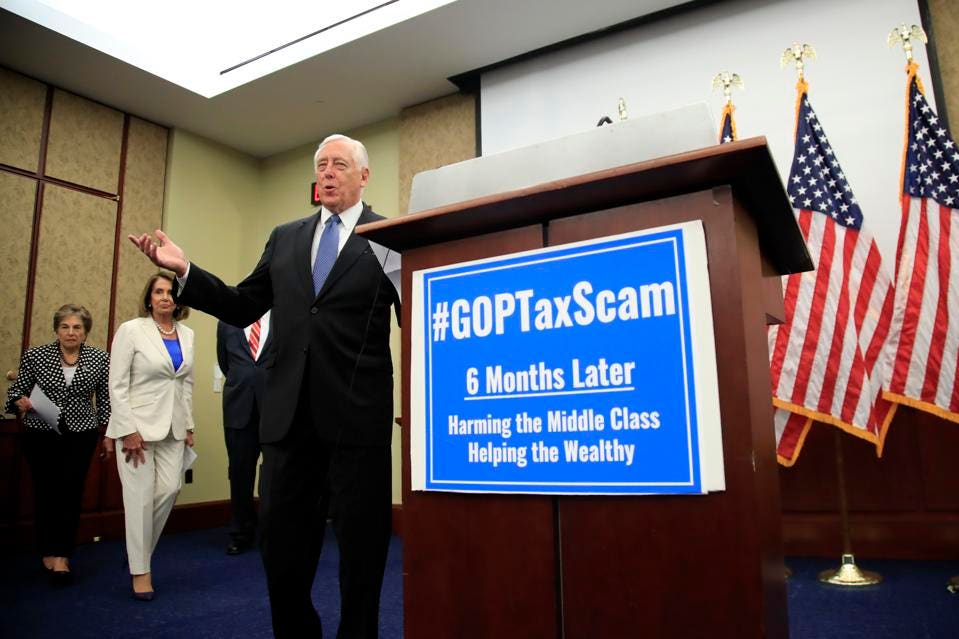 Mankiw’s critique (first presented last year in Foreign Affairs) recapitulates a standard view within economics. Models and rigor show that we can expect about 2% growth in this country per year, with tax, regulatory, and presumably other changes upping that at most minimally. It is an idée fixe in economics these days: we cannot grow very much anymore. Maybe—maybe—with some kind of breakout in our educational system (among a small set of other unlikely options) we could aspire to more. But in any practical view, the upper bound to growth today is not much more than what we are achieving.

It appears, however, that the models behind this consensus are given to several weaknesses, several areas of complacency. There are, in particular, three questions about the lowness of the upper limit of economic growth, in the United States today, that the economics models appear to have difficulty with—or fail to recognize as important.

The first is the labor-force participation rate—much as economics discusses this datum. The number of people at work, as a proportion of the population, has gone down substantially since 2000, by 5 percentage points at the 2015 nadir, representing millions of persons. Controlling for baby boomer retirement—a questionable move in the first place, since 70 is the new 60, and since the slow growth gave us a baby bust—still leaves the rate down among those 25-54, especially among males. The standard growth model, revered in economics for decades, is the Robert Solow model of the 1950s that emphasizes the working-age population a key ingredient of growth’s potential upper bound.

Since the economy has idled all sorts of people in the 2000s—much of it via government policy, incidentally, as in Casey Mulligan’s stunning Redistribution Recession of 2012—should not the received growth models indicate that the upper bound of growth is substantially higher than the current rate? To say that opioids or lack of education/skills is at the heart of the droupout rate is no answer, but an explanation of the causes of the problem. The question that stands: does not Solow’s model imply that growth could be considerably higher than it is?

A second question concerns economics’ touting of the model showing that financial crises are followed by long periods of slow growth. Carmen Reinhart and Kenneth Rogoff’s 2009 This Time is Different, one of the post-2008-crisis bestsellers, encapsulates this view.

A curiosity about This Time is Different is that it barely mentions the stagflation crisis of the 1970s and early 1980s. In its section on inflationary eras, it offers a minimum 20% inflation rate as the threshold of a crisis. Inflation was chronic at only 10-14% in the stagflation era, so the U.S. recovery in the 1980s did not count, in this reading, as a recovery from a financial crisis—that thing, per the book, that foretells long-term slow-growth.

Yet if the stagflation era was not a financial crisis, we all have to eat our hat. The dollar lost 67% against goods and services from 1966-82 and 90%-plus against oil and gold, while the stock market lost 75% in real terms. The financial sector experienced a bizarre whipsaw in which some firms failed, as enormous opportunities arose as the nation’s money-holders scrambled to rearrange their portfolios to stave off inflation and un-inflation-indexed tax rates.

A third question concerns the great alternative to the Solow model that emerged in the field in the 1980s and 1990s, the “new growth theory” of Paul Romer, who won the Nobel prize in economics a few months ago for the effort. The nub of the theory is that in advanced economies specifically, growth rates naturally increase at a faster and faster rate. In the language Romer employed, where we used to expect that mature economies must slow down, with growth following a “convex” pattern, they actually are primed to accelerate, following a “concave” pattern. This is so for all sorts of reasons, including ever lower resource-use per unit of marginal output and the increase of head- over hand-work in the most sophisticated economies.

The question: has not the new growth theory internal to economics required the field to posit a higher upper bound for this economy’s potential growth?

Solow’s model should say we have higher growth, the financial-crisis/slow-growth dataset is incomplete, the natural concave-growth pattern for advanced economies has been demonstrated—what are the answers to these questions? The literature naturally has anticipated them to a degree (Alan Blinder’s insistence, for example, that the stagflation crisis was not financial but “Keynesian”—right), but the further point is that in such a large field, should there not be a range of answers such that it could posit a range of potential upper bounds for this economy’s growth, a range including numbers like 4, 5, and 6? Presumably, the floor would have to be above 2%, indeed 3% since that happened in calendar 2018.

Economics may well have been playing ball with the secular stagnation/new normal argument which somehow we barely heard in the George W. Bush years (his slow growth was his fault) but came on like a hurricane with the slow-growth Barack Obama years. That the American economy cannot grow consistently at major rates is an idea that by rights is guilty until proven innocent.